“Secret Writing Rules” and Why to Ignore Them…

A great post from Anne R. Allen via Chris the Story-Reading Ape. Thanks, Chris!

But I do have several cents worth of addenda from my own experience in writing groups and classrooms.

Number 1 is among my favorites because so many critiquers in my current online writing group just HATE “echoes” to the point that they are tone-deaf to the power of repetition for emphasis and rhythm. Anne’s examples beautifully illustrate this point.

And I love #3 because of the many times I’ve been scolded for using “passive voice” when in fact I was using a progressive tense, which requires “to be” as an auxiliary. I agree that progressive tenses can be overused, but there’s a big difference between “He ate when she came in” and “He was eating when she came in.” Again, check out Anne’s examples.

As for #5, I’ve often started to write a post on the consequences of cutting “all” adverbs. Idiocy. You could never use a “when” or “before” or “after” clause if you tried to do that. You could never use “often” or “never.” Okay, some adverbs don’t add any information. Cut them. But stay sane. I have discovered in myself a tendency to pile up adjectives, and I appreciate having that lapse pointed out. And I do believe in the power of strong verbs. But just the right adjective, in just the right place, can be magic.

As for the passive voice, the wonderful book Style: Ten Lessons in Clarity and Grace by the late Joe Williams (latest editions co-authored by Greg Colomb) has a terrific discussion of the uses and abuses of the passive voice—and actually clarifies what that critter is! Check it out.

As for point of view, in the comments Anne clarifies that she means using multiple points of view in different scenes, not in the same paragraph or even sentence, as I’ve seen writers do. I’ve become paranoically sensitive to accidental POV slips, almost to the point, I fear, of annoying some of my fellow critiquers. But I’ve been re-reading some Tony Hillerman, and he “head-hops” all the time. So what to do? Make a deliberate decision that head-hopping really serves your text. My guess is that the practice will interfere with the close identification you want to build between reader and character.

Also in the comments, Anne touches on the “that/which” option. In my view, these are clear-cut, with “that” opening an essential modifier and “which” a non-essential one. But as Joe Williams pointed out almost forty years ago in his classic essay, “The Phenomenology of Error,” even the most rabid promoters of the distinction ignore it all the time. So we can, too.

My bottom line (note cliché, rule #7): Writing is about making choices. Knowing why readers sometimes object to style choices helps you make good decisions. But sometimes those decisions are to ignore.

Somerset Maugham famously said, “There are three rules for writing. Unfortunately, nobody knows what they are.”

But pretty much everybody you meet in the publishing business will give you a list of them. (One is “never start a sentence with ‘there are’” —so watch yourself, Mr. Maugham.)

Some of the rules show up in any standard writing book or class, but others only seem to get circulated in critique groups, conference workshops, and forums.

They’re a secret to everybody else.

But you’ll run into them sooner or later. In a forum or workshop, somebody will tell you with schoolmarmish assurance that you MUST follow these secret writing rules to be a successful novelist.

Nobody knows exactly where these rules come from, or why so many great books have become classics without following a single one.

Why I Quit Reading Your Book 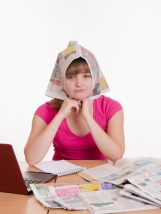 I just abandoned another indie book.

It always breaks my heart to do this (fortunately, I’ve only done it a very few times). The act sets me to thinking: Was I just being a persnickety grouch, or do I have legitimate things to say about what makes a book work? This question is particularly cogent when I bought this book—two by this author, in fact—on the strength of a glowing review.

Obviously, my reaction isn’t the only one that matters. So is there anything of worth in trying to lay out what went wrong for me?

I think so. After all, I’ve raised the question of whether we really serve each other if we don’t at least try to explain why a particular element of a book led not to a mild critique but to abandonment, even if we can do so only in generic terms lest we embarrass a fellow writer. And my thoughts here are not idiosyncratic; practicing writers have heard versions of them before.

It took three strikes to force me to turn off my Kindle this time around. Looking at these three strikes, I realize that I would have probably let two of them slide if the third had been in place.

The first of the two strikes I might have forgiven was a plot twist I didn’t buy into. But I’ve persevered, even if grumpily, past what seemed to me far-fetched plot devices before.

The other strike involved some bizarre inaccuracies in the author’s depiction of the setting, which I happen to know intimately. But I’ve hung in through (and enjoyed!) stories that present that setting in ways that don’t completely jibe with my experience.

In both cases, I could have been seduced into accepting or ignoring these slips. It was the seduction that wasn’t there.

Because the writer lacked voice.

In other words, had this book had voice, the pleasure of voice could have overridden my complaints.

But what in the world do I mean by “voice”?

Writing teachers talk about voice all the time. They know it when they see it. But ask them to give you a formula for acquiring it? They try. Oh, do they try. 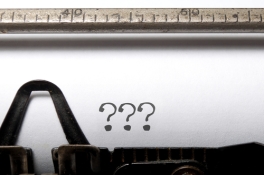 Like most people, whether you know it or not, you already have many voices. You know how to sound different when writing a Facebook post and an office memo. No one has to teach you that.

Here, I’m offering three dimensions of what was missing in the book I abandoned. These do not constitute the ultimate definition of voice. They’re just my attempts to put into “voice” a few of the qualities that make prose come alive for me enough to carry me past plot glitches and other slips. 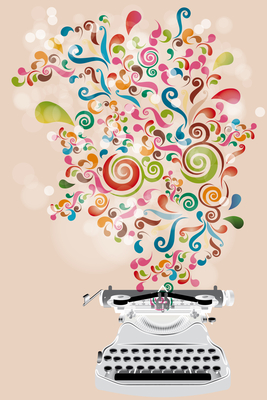 Voice is what says you have moved beyond “the rules.”

In the book I’m discussing, I could see the author conscientiously and visibly filling in the various checklists for what a writer ought to do. BUT: The essence of voice is riding those rules down the road where you want to go.

In this book, the rule that ruled the writer was a common one: Bring readers into the scene! Lots of sensory details! Make it come alive! Think of creative ways to say what you want readers to know!

But in this book, too many details, piled up on top of each other, slowed the action to the point that I skimmed ahead in frustration. You don’t want to confuse readers, but you don’t have to race them through every doorway, show them every blow to your hero’s head. Choose the most necessary, the most telling details. Don’t just pile up information because the rules seem to say you should.

Voice serves the story, not the writer.

In the books I’ve abandoned, writers often convolute their prose as if they must sound original—be a unique SOMEBODY—at all costs. But these choices may be robbing the English language of the power of its basic formula: Subject-verb-object. Someone doing something to someone. A basic sentence can have a modifying clause before it or an absolute phrase behind it, but English narrative dodges all sorts of pitfalls when it follows this basic pattern. For an excellent discussion of why this pattern works, try Joseph Williams’s classic Style: Ten Lessons in Clarity and Grace. Let people do things. Some of the most powerful prose in the world aspires to no more than this.

Your characters, your settings, your scenes, stand in a line-up with the characters, settings, and scenes from every other book ever written in your genre. When what you’ve put in your book could just as easily pop up in somebody else’s book, you probably lack voice. In the book(s) I’ve abandoned, I felt that I could predict every move, every sentence. I was looking at what we used to call “stock”—characters, settings, and prose off the shelf.

How can you move beyond stock?

What do you know about your character that no one would expect from a generic description of his age, ethnicity, occupation, etc.? What do you see in your setting that tells a whole story but that everyone else would overlook? 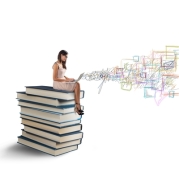 To create such vision, try these two steps: 1) Brainstorm. 2) Cull.

Exercises abound in books, workshops, blog posts, to help us generate details we might or might not actually use in our books. Here’s the place to go for the crazy stretch. Don’t censor. Outlandish is okay!

Then cull. Set aside your exercises as long as you can. Come back to them to see which ones jump off the page. Pick one. Maybe two. Be strict! Only the best. Only the ones that nail something readers really need to know but would never suspect. 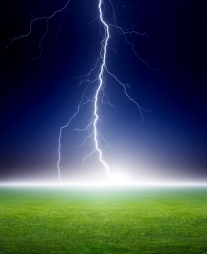 Prose that captures lightning. not in every line but in carefully chosen moments of flash, has voice.

And I’ll forgive a lot if you give me voice.

What have I left out? What is voice to you? Send along examples of writers whose voice you admire.