The pros and cons of using editing programs #amwriting

This piece accords with my experience. I haven’t used the “pro” versions of editing software, so maybe they would work better than the free versions, but I’ve found that the suggestions are wrong as often as they are right. Here’s a quote from the article that I agree with:
“A person with no knowledge of grammar will not benefit from relying on Grammarly or any other editing program for advice. There is no way to bypass learning the craft of writing.”
Do you agree? If not, why not?

Life in the Realm of Fantasy

A number of people have asked me about editing programs, and if I use them in my own work. I do–but also, I don’t.

I rely on my knowledge of grammar and what I intend to convey more than I do editing programs, which are not as useful as we wish they were.

You may have found that your word processing program has spellcheck and some minor editing assists. Spellcheck is notorious for both helping and hindering you.

Spellcheck doesn’t understand context, so if a word is misused but spelled correctly, it may not alert you to an obvious error.

Grammarly is an editing program I use for checking my own work, in tandem with Pro Writing Aid. I pay a monthly fee for the professional versions of these two programs. Each one has strengths and weaknesses.

For me, especially in…

Filed under correct grammar for writers of fiction, Editing your novel, grammar rules for writers, Learning to write, self editing for fiction writers, Self-publishing, style for writers

Something Fun! “Hemingway” Does Hemingway!

Via Jane Friedman and Dave Chesson at Kindlepreneur, I came across this delightful exercise from The New Yorker. Dave had reviewed four top “editing” programs, Grammarly, Ginger, Hemingway, and ProWritingAid. He linked to an article in which writer Ian Crouch takes Hemingway the App on a spin in Hemingway’s actual prose. 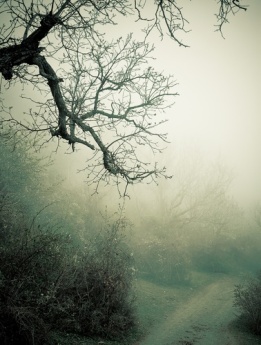 Do these apps cut the fog from our writing?

You probably know somebody who claims to write like Hemingway (I do). Or who claims to want to write like Hemingway (I sometimes do). So it’s interesting to see that Ernest’s scores vary from a bad, bad 15 to an excellent 4—which means a fourth-grader could understand it— depending on which text you choose. Crouch’s analysis of a passage from The Sun Also Rises also shows how sometimes it’s the broken rules that make a passage work.

Hemingway the App has a free online editor you can play with. I thought that would be fun as well. In general, I find these editing apps annoying, not least because they miss some really basic stuff. For example, in the first page of my novel Blood Lies, published by Bantam/Doubleday way back when and republished by me online, the sentence that is tagged as VERY HARD TO READ (bad, bad, really bad) is actually two sentences connected with a semicolon. Yes, I know some people think there’s a rule: no semicolons. I’m not there yet.

On the other hand, I do find that much of my line editing involves simplifying those sentences that rolled so sonorously through my head when I wrote them. I find that I’ve become more skilled at hearing the ones that need a weed trimmer taken to them. The trick is to give yourself some distance from your prose and come back to it with a stranger’s ear, as much as possible.

In any case, here’s my annotated page with the Hemingway comments. They gave me a Readability grade of 3, only “good.” Crouch says, “The app suggests that anything under Grade 10 is a sign of ‘bold, clear writing.'” Maybe my writing is too simple! See what you think.

red—adverbs (I am supposed to cut one);

green—passive voice (they say I’m okay with only 3, but I take exception to “was scorched’; “scorched” is a predicate adjective in this construction;

purple—my VERY BAD HARD TO READ sentence. But I had only 1.

Two days and a night. Bitter roadside coffee, the slimy stars of dead moths on the windshield. Poisonous truck fumes on 1-75. An hour’s fitful sleep in the back seat of the Firebird, an hour in which he dreamed that it was Holyhead that had burned.
He had never been to the trailer, but he knew exactly where it was. Alejo had said, “You know the big tree in Langston’s south pasture that lightning hit? Just down the hill from that, on the corner.” And Ted had answered, “Oh, yeah.”
Alejo spent every spring and fall in the fancy doublewide on the small square of land. “Now I am so rich,” he said, “all America is my home. But Keeneland Racetrack was always good to me. I will always ride there. Even when I am more famous than Willie Shoemaker, I will always go back to Kentucky.”
“Yeah,” Ted had answered. “And maybe one day Lexington will elect you mayor.”
“A statue in the paddock at the racetrack is all I ask.”
Alejandro Asolo had not earned his statue. He had not become more famous than Willie Shoemaker. He had not had time.
Ten years ago, Ted’s thirteenth summer, three broodmares had been killed when lightning struck that tree in Langston’s pasture. He found the trailer easily. Very little had changed.
The cops had stretched a large sheet of black plastic on the trodden grass. On the plastic they were dumping small, charred piles. Ted could not believe the framed win picture had survived. He reached to pick it up. It was scorched, blistered, but the row of familiar faces grinned bravely through the soot: Alejandro’s, Teresa’s, Sunny’s, his own.
One of the policemen turned and saw him. “Hey! Put that down!”
He straightened. The cop waved a buddy over and they both advanced, arms held out from their sides.
“Something we can do for you?” one of them asked. He had round, soft-looking cheeks, and a plump, pursed mouth, but his hard little eyes glinted under his hat brim.
Ted dropped the picture wearily at their feet. “I’m looking for Mrs. Asolo.”
“She’s gone. What’s your name?”
“I was a friend of Asolo’s. I drove up from Miami when I heard.”
“Friends got names,” the cop said.
He could smell it. He had told himself the spring wind and the harsh overlay of charred wood, fused metal, and melted plastic would have carried it off, but he had been wrong. He stepped backward, groping behind him. Maybe the fat-cheeked policeman thought he was bolting; he shoved him back against a tree. But the other policeman, a younger, leaner man, said, “Sit down on the ground a minute, kid. Put your head between your knees. You’ll be okay.”
The inner walls of the trailer had been reduced to gummy filaments; the cops sorting the rubbish brushed them gingerly aside, shaking their hands afterwards, as if freeing themselves from cobwebs.
SEND ME YOUR SCORE FOR THIS PAGE!