Tag Archives: “there is/there are”

I have been thinking about the inordinate power of commas.

I intuitively understood this power from my own writing, but I credit Martha Kolln’s Rhetorical Grammar with making concrete what my instinctive ear told me: how such a simple little mark can help communicate precisely what we want readers to hear.

Grammar books and various grammar web sites, of course, lay down the kinds of apparently sacrosanct rules that drive real writers crazy. “You must, must, must put a comma there because the rules say so.”

On the one hand, not necessarily. On the other, it’s important to understand how certain principles governing things like punctuation have consequences for writing. I’ve worked hard not to be the natural Grammar Curmudgeon I am, one who smacks other people’s writing around for rule-breaking, but by golly, punctuation is a tool!

We’ve all seen those fun exercises where simply moving a few little marks around completely changes meaning. A simple example is “Woman without her man is nothing,” which, with just a few tweaks, comes to mean its opposite. (Can you do it? Give it a try!)

But punctuation also controls rhythm and emphasis, and commas are tough little drill sergeants, lining up every word in its place.

Now, in my view, whether or not we should set off the “interrupter” (“in fact”) with commas, as the grammar books instruct, is a judgment call. Leaving out the commas is fine. But when you add them, something happens. Listen:

To my ear, and Kolln substantiates this, the commas change the intonation and emphasis. In the first sentence, without the commas, I hear

In the second sentence, the commas do what Kolln and my ear say they do, shifting the emphasis onto the words before the commas. So the sentence now reads

The meaning hasn’t particularly changed, but the way we hear it has. We shift our attention to the “facticity” of the claim. We get a beat on the FACT of this utterance.

But that’s not all that happens. The commas break up the flow of the sentence in ways that reinforce meter. In this case, it’s our old favorite, iambic pentameter, the most ubiquitous meter for English speakers (Shakespeare’s meter). And that change not only asks us to hit “is” and “fact” with extra emphasis, but also taps “REAson.” So that the sentence reads,

And as a bonus:

In addition to illustrating one of the functions of commas—to reposition emphasis—these examples also illustrate how breaking one of those apparently sacrosanct rules we all hear again and again can actually give you an additional tool to control emphasis. How many times has someone told you to strike out “there is” and “there are” every time they crop up? But if you try to get rid of the “there is’ in this sentence, the emphasis on “reason” that persists through all three versions withers. Compare

Nothing wrong with these sentences. But their message—that what seemed random or accidental is actually the result of some cause that the speaker is about to explain—is flatter, more subtle. That’s fine. But if you want to be assertive, if you want to firmly refute the idea that the event is random, accidental, then “There IS, in FACT, a REAson” is your go-to choice.

And there is, in fact, a reason why.

Both the “there is/are” and “it is” force emphasis on the words that immediately follow them.

This effect holds for the contraction forms of these constructions —”it’s” and “there’s”—as well.

The bottom line: Punctuation and sentence structure choices give you more control over how readers “hear” what you write. Don’t ignore the rules; just recognize how understanding the flexibility they offer can leverage the power of your writing. Don’t want to emphasize ‘FACT”? Leave the commas out. Want to hit hard on “REAson”? Hang on to that much-maligned “There is.” 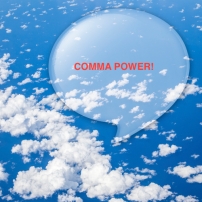 Do you have examples of how commas and sentence structure control emphasis in your own writing? Decisions you’ve made about how to re-organize sentences to take advantage of this little power tool?

Tagged as "It is", "there is/there are", commas, creative writng, ebooks publishing and selling, learning to write, Self-publishing, tips for writers, writing, Writing strategies