Housing for the retreats was an ongoing problem during the group’s formative years.

We were in Campbellsville two years, but then they decided to remodel the dorm, so we went to the Alumni Center at Western Kentucky University. By that time we were having workshops with guest speakers, and we met for sixteen days: weekend workshops with weeks of retreat in between. We were there for two years until they decided they would rather have the Governors’ Scholars faculty instead. Then we found housing at the Shelby-St. Matthews campus of the University of Louisville, and we were there for a long, long time. Then Shelby Campus said the dorms had been condemned, so once again we closed down a facility. We began to feel like we were the kiss of death. We moved to the Nazareth Convent in Bardstown for probably five or six years. It was a lovely charming place, perfect in a lot of ways, and then of course the building got condemned because the foundation cracked, and I thought hmmmm, this should teach us something. After that we found Kavanaugh Center on Kavanaugh Road in Crestwood, Kentucky. I haven’t told them yet how dangerous we are. I assume their facility’s going to burn up or fall down or something.

Although we started meeting in 1986 or ’87, we did not get our nonprofit status until 1991. The only reason we did that was that so many people were interested in what we were dong that we had to have nonprofit postage. We needed seven board members—secretary, treasurer, and so forth. Somebody said that I should be president because I had founded the group; Jim was still alive, so he was vice president. We found a secretary easily, but then we came to treasurer. When we asked, “Who knows anything about numbers?” everybody just shrugged. Finally a member who was a Vietnam vet said, “Oh, I handed out the paychecks in the army,” so we said, then you’re treasurer. Actually, it doesn’t really matter who the officers are; you just have to get something on paper and get your documentation; then you can forget it. So we have sort of waffled on after all that to a really comfortable place.

We started a contest and monthly prose and poetry meetings. In addition, many of us presented to other groups and workshops from Bowling Green to Cincinnati, so that we now have members from Ohio, Virginia, Tennessee, Illinois. We have about 225 on our mailing list, which includes a few people we send to gratis, like supporters and workshop leaders, for example Elaine Palencia in Illinois; they spread our name wherever they go. We probably have maybe 150 active members who either come to retreats or meetings or enter our contests. You don’t have to be a member to come to meetings. Sometimes people come to the meetings for six months; we send them a newsletter, and eventually I’ll stick on a note that reminds them about dues and many of them come through. We’re a little devious, but we’re used to lying on paper, so oh, well. 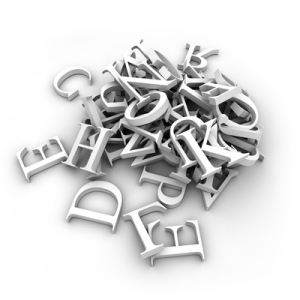 Now, of course, we have a web site. Our contest came about early on, with just “fiction” and “poetry” as categories. I more or less created it, put out the word and put together a crude brochure, took in the entries, and judged them. But people began to get interested and wanted to expand the number of categories. I said, “Fine, but I need other people to do some of the work.” A few years ago a member started doing the brochure, and now we have a contest committee. This year Chuck Suddeth is the Contest Director. He has done a fabulous job.

What makes a successful group?

The one thing that I think is vital, absolutely vital—and if this group ever fails to comply with this, I will close it down or get out—and this is Number 1: in our critiquing we never ever judge content. You can write about incest or murder or whatever, you can even cast it in a positive light, but you’d better not use too many adjectives, you’d better not punctuate incorrectly. Some things we can critique, other things we cannot. We honor people’s right to write whatever they feel they want to write. The other rule is “Be nice.”  It’s not our business to tell people their work stinks. Our business is to say, “I think this would be stronger if. . . . “

Another feature of success:

You can’t quit when your numbers fluctuate. Sometimes our prose group will grow to eleven or twelve people and then maybe later it’ll shrink to four people because of changes in people’s lives. I can remember one time when we had a poetry group with three people, me, my husband, and one other person whom I went and picked up. So the secret is, “Don’t panic.”

Recognize that the paperwork and the computer work, all the busy work, will be tedious. When the group first started, I would not ask for help; I thought, I created this group and it’s not fair of me to ask other people to help me. But finally they hit me over the head and made me realize that people did want to help spread not only the word but the credit. For example, people like to go board meetings. We have an agenda, get done with it, go out to dinner, and laugh a lot. Now I basically keep track of monthly fiction and poetry groups and the retreats, and everybody else does the rest.

At present we’re having four retreats a year but probably this coming year we’re going to cut it to three. In the last couple of years we’ve had to pay for our meeting space and now in order to pay we’ve got to have so much money guaranteed. Dues are $25 a year; I always forget to raise dues. Green River has so many people who are existing by the skin of their teeth and I want them to be able to keep coming.

Occasionally some member will have an issue with another member and I have to smooth feathers. The secret is seeing something that’s festering and stopping it before it becomes an issue. Usually people just want to tell me what happened, and it simmers down. Occasionally people go away, and that’s okay. This group is not for everyone. Sometimes someone will read something someone else considers irreverent or disrespectful of their religion or politics; people who feel that way usually just go away. I wish them well, but we cannot give up our core of critiquing fairly and positively and caring for each other enough to be kind in order to please an individual member who is touchy.

Some time back I got an invitation to come to an infant writers group.  It was their tenth meeting or so, and this little group is sitting there discussing all the rules and the organizational stuff and they asked me what I would advise about this, that, or the other, and I said, “First of all, quit planning. You don’t have anything to plan about right now. Get your people together and have them bring something they’ve written and read it to each other and talk about it. You can’t organize something that has no content.” I really think that unless you have a mass of desire and a mass of words on paper that you can’t wait for somebody to hear, and that you trust the people you’re with, you can organize till you’re blue and that’s all you’ll ever get done.

To learn more—and make plans to stop by for a prose or poetry meeting—visit http://www.greenriverwriters.org!

One response to “THE STORY OF GREEN RIVER WRITERS: History of a Successful Writing Group”